If you're a computer gaming fan, you've probably heard about CyberpowerPC. It's hard to go online without coming across at least one CyberpowerPC review. So who are they, and what do they do?

CyberpowerPC manufactures custom-built gaming machines. Whether you're a fan of Guild Wars, Fallout 4, or just love all the games, you can have a purpose-built computer that will fit your needs. Of course, any PC constitutes a major purchase. On top of that, there are a number of companies out there building custom gaming machines. Which company is best? And which product is best? That depends on a lot of factors. 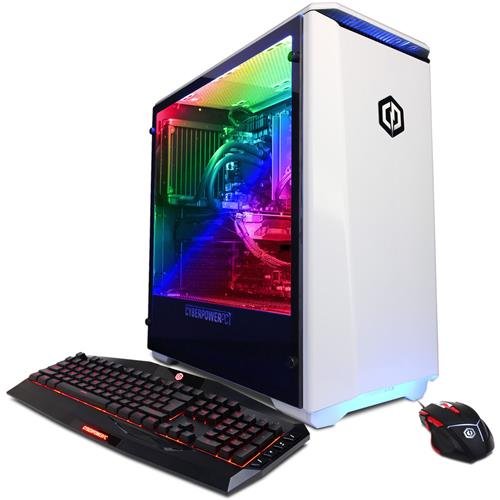 Our CyberpowerPC Review: An Initial Overview

CyberpowerPC is a company that creates customized gaming systems. It was founded and incorporated in Industry, California, in February of 1998. Their systems include desktops, laptops, and gaming consoles. Many of their products are also VR (Virtual Reality)-Ready.

CyberpowerPC puts out a wide range of products at an equally wide range of price points. You can buy a very basic desktop PC gaming system for a little under $700, or you can splurge on a $7400 monster machine. Most of their builds hover in the $2000-$3000 range. However, the price can go a lot higher if you trick out your build with a high-end processor or other options. You can also find CyberpowerPC machines for sale by third-party retailers on Amazon, at a variety of price points. 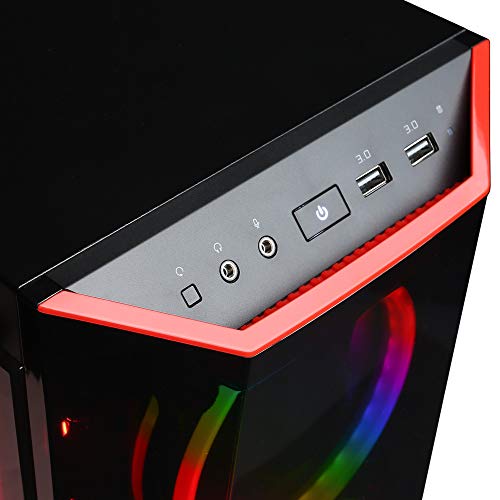 For our CyberpowerPC review, we chose one model from each category: desktop, laptop, and gaming console. We also included customer feedback, both positive and negative. Finally, we checked out the competition to see how CyberpowerPC stacks up against other gaming computers. 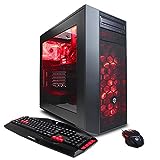 We chose this model for our CyberpowerPC review for two reasons. First, at a little over $2000, it's one of the company's mid-range gaming PC options. Also, this model had the largest number of customer reviews.

By and large, customers who purchased this model from CyberpowerPC really liked it. In particular, they praised the machine's performance and its temperature control. A few users, however, mentioned loose or broken bits upon arrival. They said, however, that the company responded quickly to fix the problem.

This model will set you back between $2075 and up to several thousand dollars more, depending on the options you choose. Some of these options include various CPUs, operating systems, and other features.

We chose this model because it had both the highest consumer rating of its category and the largest number of customer reviews on the CyberpowerPC website.

This notebook has a 15.6-inch FHD (1920 x 1080) 60Hz Anti-Glare Display, a mechanical gaming Keyboard, HDMI 2.0, a mini Display Port, and a USB 3.1 Type C connection. The base model comes with an Intel Core i7-8750H processor, though you can swap it out for a number of others for an additional cost. As far as memory goes, the base model comes with 8GB (8GBx1) DDR4/2400MHz SODIMM Memory, also customizable.

Overall, customers really like this gaming notebook's performance. Most customers gave it five out of five stars, with a few giving it four out of five. No one, however, gave it less than four stars. Many customers praised this computer's performance. They like its power and say it boots fast and handles gaming challenges well. Several reviewers mentioned that this computer runs hot, however. And, just like with the desktop model, a number mention flaws in construction and assembly.

You can purchase this computer from CyberpowerPC, as well as from online retailers like Amazon. The base model will run you between $1000 and $3000 depending on your retailer. But you can spend a lot more than that if you choose to customize. 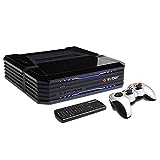 The Syber Vapor Extreme is CyberpowerPC's most expensive gaming console. It's also the most popular, going by the number of customer reviews. At the time of this writing, it appears to be available only through the CyberpowerPC website. The base model will run you between $1,000 and $1,500, depending on how you customize your options. What does it come with? Let's have a look.

The base model comes with a top-of-the-line Intel Core i7-7700K Processor. You could bring the price down by choosing another processor, but why? It runs on Windows 10 Home and comes with 16GB DDR4/3000MHz Dual Channel Memory. (ADATA XPG Z1). The included video card is a GeForce GTX 1070 Ti 8GB GDDR5. However, you can choose to customize with other options as well.

Overall, customers who purchased this model from CyberpowerPC were very pleased with their purchases. No reviewer gave it fewer than four stars out of five, and most gave it five of five. Complaints included scratches and dents upon arrival, hot running, noisiness, and difficult setup.

What About the Competition?

Though CyberpowerPC is known for its excellent PC Gaming Systems, there are many other great options on the market. As this is a fairly large purchase, no CyberpowerPC review would be complete without a presentation of what other brands have to offer at similar prices.

The Xidax X-Series is six different gaming desktop PCs, which range in price from $550 to around $5,000. These computers are eminently customizable. You can choose your CPU, your graphics card, your case, your cooling system, and more. If that's not enough, Xidax computers come with an insane lifetime parts and service warranty.

Xidax makes gaming laptops as well. Base models range from $1200-$2800, though you can pay more, depending on your customizations.

One of the things customer reviewers rave about is Xidax's helpful customer service. Several reviewers noted that the staff is especially helpful for customers who are new to building gaming computers. Over 95 percent of more than 1,100 consumer reviewers on Reseller Ratings gave Xidax computers 5 stars out of 5.

They don't appear to build gaming consoles. But if you're looking for a gaming desktop or laptop, Xidax appears to be a strong contender.

Skytech Gaming is another company that custom-builds gaming computers. Unlike Xidax and CyberpowerPC, however, they only build desktop-style PCs. You can choose between four different models, ranging in price from $700 to $1800 for the base model -- though customizing can drive up the price.

It's in the area of customization, however, where Skytech Gaming differs from its competitors. You can customize external hardware, like the keyboard, display, and so on. But the processor, memory, graphics card, motherboard, etc. are all set in stone. It comes with a three-year limited warranty.

By and large, customers were pleased with their purchases. In particular, they praised the cooling system and the condition upon delivery, which were two areas that many a CyberpowerPC review found lacking. They also liked the easy setup. This, in particular, combined with the restricted options, may make this an excellent choice for someone just starting out with gaming computers.

There were several positives and negatives that we found in many a CyberpowerPC review.

CyberpowerPC scored well in a number of areas, particularly when it came to offering a wide variety of gaming machines. On the other hand, some of CyberpowerPC review noted the same flaws. If these are dealbreakers for you, you might do better with a machine from either Xidax or Digital Storm.

Of the three companies we reviewed, CyberpowerPC offeres the widest range of products. All of the companies build gaming PCs, and one of the others also builds gaming notebooks. However, only CyberpowerPC builds consoles and dedicated sports gaming machines as well.

CyberpowerPC allows customers to customize a wide range of options for their build. Although Xidax machines appeared to be slightly more customizable, Digital Storm's machines were considerably less so.

CyberpowerPCs machines are priced around where you would expect.

Numerous customers complained about what they perceived to be an inadequate cooling system in at least one of the models.

Quite a few customer reviews cited damage upon arrival. Scratches, dents, and parts that were installed wrong were among the more common customer complaints.

More than one CyberpowerPC review said that their build was difficult to set up, and that documentation was inadequate. If you're new to gaming systems, this might be something to carefully consider.

Should You Buy Your Next Custom Build From CyberpowerPC?

That depends on who you are. If you're specifically looking for a custom-built gaming console, CyberpowerPC is the only one of the three companies in our survey where you can find one. They have a wide range of products, and you can customize them quite a bit. If you're experienced with custom builds, and not afraid to tinker with your gaming computer, CyberpowerPC might be a good choice.

On the other hand, if you're new to custom builds, you might prefer the thorough customer service of Xidax. A number of CyberpowerPC customers who complained of defects and damage said that they were able to fix the problem themselves. But not everyone is comfortable making adjustments and moving parts around inside a computer. If this sounds like you, then the Xidax machines, which seem to arrive in excellent shape, with superb customer support, may be more your style.

Do you have a favorite gaming computer that didn't make this list? Let us know in the comments!

Dell Inspiron 15: We Give You Its Specs And Everything You Need To Know

Surface Pro 3: We Review It And Give You Essental Information

Lenovo ThinkPad: Everything You Need To Know About It